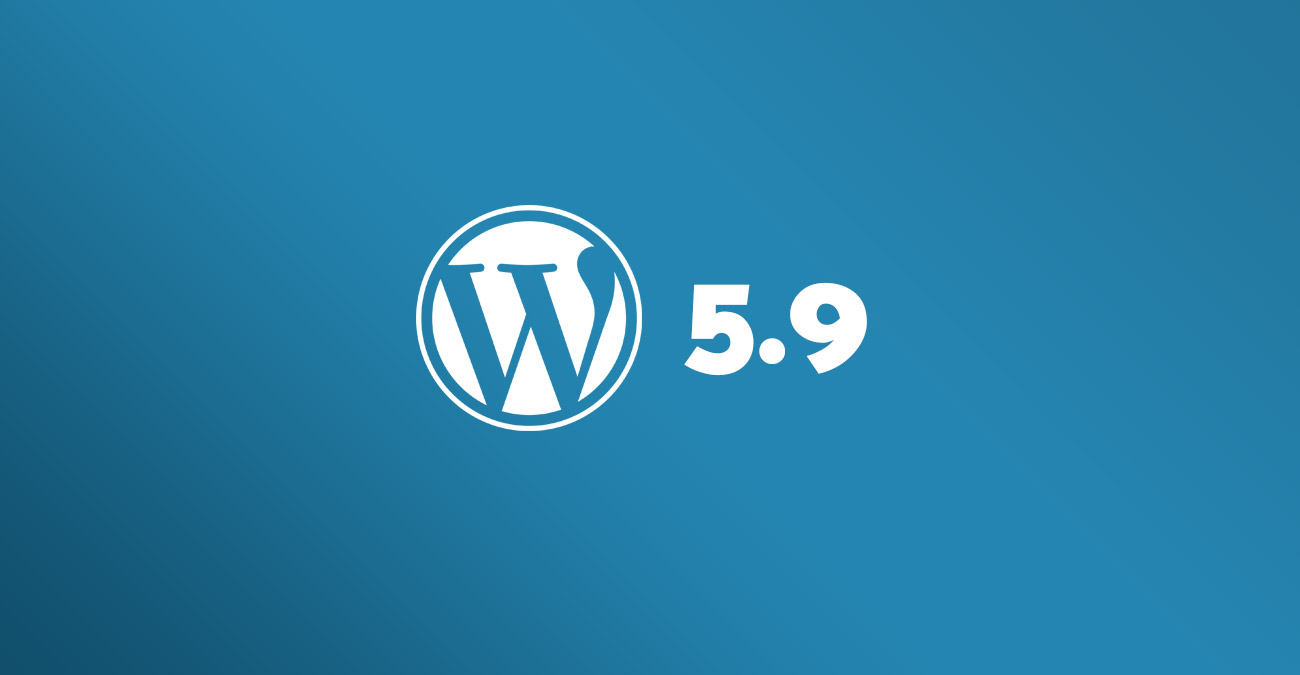 With the release of WordPress 5.9 coming soon, on the 25th January 2022, we’ve taken a look at the changes that it brings. This will be a large milestone with many changes and new features.

One of the goals of WordPress since the 5.0 release was to bring an overhaul to the editing experience in WordPress. WP 5.0 brought the new Block Editor, and since then each release has brought many improvements and refinements. With the latest 5.9 release, you can now edit practically all areas of your site through the Block Editor. This does require using a theme that supports the latest features, but newer sites going forward could leverage full site editing, allowing for much more control for people that choose to build their own sites.

The customiser link under Appearance has been removed, and in its place, there is now a link to “Editor (Beta)”. For themes that support it, like the new Twenty Twenty-Two theme, this new area will essentially replace the Customiser. The Editor link brings you to an area where you can control quite a lot. There’s an area for controlling the Header and Footer of the site, two areas that have been fairly restricted in a WP site until now. Along with that, you can make site-wide changes that affect Typography, Colour & Layout. This allows you to choose background and font colours for the entire site, as well as setting choose the font family you’d like to use for the text on the site.

There’s now an area where you can control individual block styles, to set your own defaults for core blocks. As an example, this could allow you to set the paragraph block to use a set font size or line-height. Then, each time you use that paragraph block, it’s set up exactly as you need.

This allows for a lot of options when customising your site. You can set button styles, heading and paragraph styles that apply across the site.

Along with the site settings, Templates and Template Parts are now housed in this Editor area. This allows for control over the templates that control core layouts of a theme, such as Page layouts, Archive layouts, and Single Post layouts. Even the 404 page can be controlled, as shown in the Twenty Twenty-Two theme. For people building their own sites, this is great. It provides extreme levels of control over aspects of a WP site that were once unheard of. You could achieve similar things with some page builders, but they leave a lot to be desired compared to what the development team at WordPress have achieved.

The list view has been updated, and it’s now much more useful. Before, it simply gave an overview of the blocks on a page. This was good if you had a page with many blocks, but it lacked controls to do anything from that panel. In the latest update, the dropdown menu that includes things such as Copy, Duplicate and Remove is now accessible from the List view. You can also drag and reorder blocks, which is a nice addition.

There are many other new features and improvements, but these were just the main ones, and the ones that most people will see or notice. We’re currently testing out the early release of the 5.9 update, and we’ll roll out the update to the sites we host once it’s released on the 25th. Sites on our Wibble Hosting + package will have the update tested on their staging sites beforehand to ensure a smooth transition to the new version. I’m really looking forward to this release, there’s a lot of great stuff coming that, as a developer, will be very exciting to work with.

Affordable websites for any size of business

Wibble have been designing websites for a range of clients for years. We have provided a cost-effective solution for small to medium businesses.

What’s in a name? Where the name Wibble came from.

Our most common question answered – Where does the name Wibble come from?

Wibble Win a DANI Award for ‘Not for Profit’

We have written about winning a DANI award for the Ring of Gullion project that we have currently completed for the Newry & Mourne District Council.